The only reason I'm writing a firstlook for Evil Genius is because it has infuriated me like no game since Need for Speed Underground and its AI-assisted "ride your tailgate no matter how fast or how well you drive and then pass you at the last second" fuckery. The things about this game that all conspire to piss me off do more than just ruin it, they make a mockery of everything the design team actually got right.


Evil Genius has average visuals, no more. Animations are passable, but there aren't many. The reflections are nice, but they don't add anything. Look at the screenshots to see for yourself. I played the game on an XP2100 with a gig of ram and a Radeon 9700. It ran at 30+fps at all times even with 2xAA/4xAF enabled. Without AA, the game looks quite jaggy.

A highlight of the game is definitely the audio. The voice acting is very good, and the music adds a touch of class. Sound effects are solid all around, and everything contributes to the "Austin Powers meets James Bond" theme of the game. The title score is memorable as hell, and the female voice for the base announcements rings true as you'll swear you heard her in those 60s spy movies doing the same job.

Now here is where things fall the fuck apart. The premise is great: Build an evil organization in the spirit of campy spy movies, perform worldwide evil deeds, and eventually hold the world hostage to some diabolical and supremely genius evil plot. What this actually boils down to, however, is a whole shitload of base micromanagement, constant checkups on the world map to make sure one of the random enemy counter intelligence guys hasn't popped up in a country you are trying to perform operations in, and watching in silent fury as stupid thing after stupid thing happens to your base entirely out of your control.

Here we go, with a point by point analysis, entitled: Why this game fucking sucks in its current form, and how they could have easily fixed it to make it more playable"

1) First things first: The lack of choice. When you start up the game, you are presented with a menu that features: New game, tutorial, and options. Thats it. No editor, no "custom game", no multiplayer, skirmish, free build, NOTHING. ONLY the "Campaign" story game, and its ALWAYS the game. Talk about a lack of replay value. The fact also is, despite the fact there is 3 super villians you can play as, all play out almost exactly the same in regards to missions, base buildings, minions, and so forth, with only minor variations like bodyguards and such. This is just LAME with a capital L. I wanted to just do a big game of free build and conquer after learning to play the basics, but noooo, the game does not even feature this option. The only allowed method is this ultra. slow. crawl. while. unlocking. one. freaking. base. feature. at. a. time. GAH.

2) The room design tool. The actual designing of a room is ok: You drag out an area and place stuff inside. Simple, right? The problem comes when you realize you need a little more space to add something like an extra power generator or whatever, and discover you cannot change a room layout. Thats right, once you zone out a room, its done, no adjusting allowed. You can destroy it and start over, but doing so will not refund any money spent on the room itself. Did I mention building, moving objects around, and destroying a room takes a lot of time because you have to wait for your minions to get anything done? Be prepared for lots and LOTS of aggravating micromanagement as you try to fit too much into too little space. I eventually just built bigger versions of my rooms like the freezer (where body bags are stored and slowly decompose) and the power generation room deeper in my lair and destroyed the early, smaller versions. The net effect of this was that my base design was shit and my minions were never in the right places at the right times. It took me over 10 hours of gameplay to get to where I was when I quit in frustration (not even halfway through the campaign, as it turns out) and I felt like I'd been fighting a god damn excel spreadsheet the entire time. I actually said to a friend, "I played for 6 hours just now but it felt like 1. No, not because it was fun, but because I did the same thing over and over for 6 hours and it all sort of blended together" -- NOT GOOD.

3) Stupid. Fucking. Idiotic. AI. You can't actually tell anyone besides your primary evil genius avatar and his bodyguard/henchman what to do in this game, and when the minions who actually DO everything in the game are so unbelievably god awfully stupid, pulling your hair out isn't just a possibility, its likely. Your minions will do the most stupid things at the worst times; picking up corpses during a firefight, walking right into an actual fire and getting killed, leading hordes of enemies into your base, ignoring jobs that need to be done (like fighting fires) and walking the other direction... the list just goes on.

4) The lack of any semblance of control, to make it seem like you are, in fact, an evil genius, and not just a reality show viewer watching stupidly and helplessly as events unfold without your influence or input. In response to enemy forces and tourists (thats right, fucking tourists are ALL OVER your 'evil island') constantly entering my base despite my base having locked security doors, I built the strongest, most impenetrable doors I could buy, stuck 2 of them in a row at the entrance to my base, and declared them only openable by my main avatar, and that guards man them constantly. Well. not only did guards not man them constantly, 2 tourists walked up and walked right through as if they weren't even locked, and then a SEAL team labeled "pathetic P.A.T.R.I.O.T infiltrator" set half my base on fire after appearing through a hole in the fucking floor. THATS NOT FUCKING FUN! THATS NOT EVEN A GAME, THATS JUST STUPIDITY.

5) Micromanaging the world map sucks ass. I'm sorry, but having to go out to the world map (where you can place guys to do evil deeds like plot or steal money, the only source of game income) and manually place guys into hiding every time you notice an agent in their territory just SUCKS. Why couldn't you have had an "auto-hide" function? Oh, of course, because then there would be no use for your stupid attrition increasing gimmick in the first place! Did any of you guys ever design ANYTHING before? If so, why didn't you LEARN ANYTHING FROM IT?

You get the feeling I'm a little pissed? Its only because this game could have been so good. The things listed above not only kill the experience completely, they make you worse off as a gamer for even trying the game. Just say no.

Only a masochistic lunatic would enjoy this poorly designed shitpile for longer than a few hours. Its neat at first, but you will be hating yourself and cursing God before its over, mark my words.

Do not support bad developers who just say "ship it" instead of "fix it" when faced with horrible balance and design problems: Do not buy this game. DO NOT BUY THIS GAME. Have I made myself clear?

A patch could possibly fix this game someday, but I doubt it will ever happen." 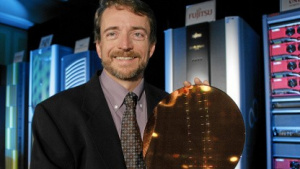 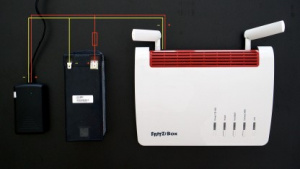 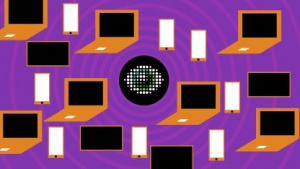